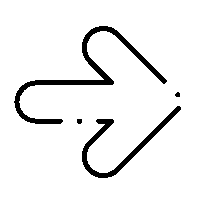 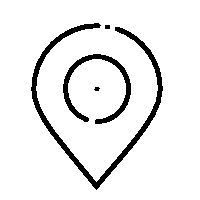 A human and passionate spa resort

Let’s go back to the sources

It is to the Romans that we owe the name Borvo. Coming from the Celtic word BURB, meaning sludge, mud and also bubbling, they chose in their language what was closest to it. The Romans assimilated the Gallic deities to their own gods. Thus, Borvo, the genius of the Waters and Springs, was the equivalent of the Apollo of the Greeks and Romans. From then on, the Celtic town was placed under the protection of Borvo, associated with Damona, a goddess of the same origin. Later, the Romans named the thermal spas Aquae, adding the name of the deity to whom the waters were dedicated. Bourbon-Lancy was then called Aquae Bormonis. The proximity of Bibracte, capital of the Eduens, allies of Caesar during his Gallic War, allowed the city to spread. Caesar also sent his troops to take the waters to heal and rest after the hard fighting they were doing in Gaul.

The thermal baths developed and became one of the most famous in the Roman world. Moreover, to reward his best officers, Caesar offered them land and the construction of sumptuous villas, some of whose remains can still be seen today. The presence of a Roman collector (underground aqueduct) testifies once again that thermalism is an essential element of the heritage.

The 4 captured springs have a flow rate of 400 m3 per day. The water, which comes out at a temperature between 56 and 60°C, is used after natural cooling. It belongs to the group of hyperthermal, radioactive, sodium chloride, slightly bicarbonate and poorly mineralised waters. Its composition shows a high content of lithium, an excellent mood regulator, which relieves anxiety, stress and anxiety, a small amount of calcium, magnesium, as well as traces of iron and manganese.

A Thermal facility at the top

During the Middle Ages, thermal waters did not arouse the same interest as in Roman times. Nevertheless, one cannot speak of complete oblivion. The archives are full of anecdotes which show that the waters were frequented, but the hygiene was catastrophic. It was not until the middle of the 16th century that the waters of Bourbon-Lancy gained a new reputation.

In the 16th century, many rich and illustrious people took thermal cures and many “men of science” came to Bourbon-Lancy to try to explain the gushing of the hot waters.  Reputed to relieve joint pain and sciatica, they were also said to cure female sterility… This was more than ever affirmed after the wife of Henri II, Catherine de Médicis, underwent a cure in 1542 which, following ten years without maternity, was said to be the prelude to several births. The results obtained had caused a great stir in the kingdom, and the ladies of the Court came to be treated in the beneficial and fashionable waters of Saint-Léger. It was then decided to make some improvements to the resort, but these were swept away in 1543 by a flood of the Borne.

In 1580, Bourbon again made great preparations for the arrival of another French queen: Louise de Lorraine, wife of Henri III, the daughter-in-law of Catherine de Medici. The latter advised her to take the cure, as she too was expecting children. Although Queen Louise remained sterile, she and the Court returned to Bourbon-Lancy in 1582, 1583 and 1586, and Henri III, skilfully solicited by Doctor Aubery, doctor of the Waters, donated considerable sums for the restoration of the “Thermes de César”. In honour of Louise de Lorraine, a spring was named “Queen’s Spring”.

In the 17th, 18th and 19th centuries, many doctors wrote about the benefits, sometimes described as almost miraculous, of the thermal waters of Bourbon-Lancy. Many illustrious people came to take advantage of it. Madame de Sévigné perhaps did not. It is well known that she took the waters in Vichy and Bourbon-l’Archambault. However, during her numerous journeys between Paris and Grignan, the traveller Marquise certainly made an occasional overnight stop in the “Maison de Bois”. Until the end of the Ancien Régime, the great figures of the court came to Saint-Léger: the Duchess of Montmorency, Henriette de France, Madame de Montespan, the Duke of Lauzun, Madame Louvois, the Grand Condé…

The operation of the baths was totally unprofitable. Napoleon, who had taken power by decree, “gave the resort to the poor”. In reality, it is the hospice which becomes owner and which, in 1803, launches the construction of a new thermal establishment, the one we know today. Voluntarily, the Roman installations are demolished to make way for the modern ones. Once again, the curists take the way of the Bourbonnian city, and at the end of the 19th and the beginning of the 20th century, we can meet Guy de Maupassant, Paul Bourget or Pierre Larousse.

The current thermal establishment was built in the 19th century on the site of the old Roman baths. Enlarged several times, it is now equipped with extremely modern facilities where everything is done for the comfort and relaxation of the curist, as well as for a great effectiveness of the treatments.

To restore your health, the Thermes offer one-week stays that allow you to enjoy the benefits of thermal water (light legs, back pain, anti-stress), one-day formulas (discovery formula, thermal getaway) or other short stays.

Family-oriented, close-knit and dynamic. Each season is a new challenge for the whole team. Everything is done to ensure that your stay is a privileged moment to take care of yourself, a time for relaxation and sharing.

Everything has been studied to ensure that conviviality, relaxation and serenity reign in this space. You will enter, alone, as a couple or with a friend, into a world apart. A space where you will enjoy living, staying and coming back…

In order to improve the quality of services, the Thermoludique spaces have been modernised.

Modelling, well-being moments alone or in duo, body and face care. Escape for a moment or a stopover.

Experience quality treatments to provide you with a moment of relaxation and Well-Being.

Success comes from what you do every day!

Treat yourself and those around you!

An original gift idea: give a gift voucher!